One perfect dish for a perfect afternoon is to make a Chiles Rellenos. The Chiles Rellenos Recipe is a classic Mexican dish traditionally consisting of fresh, mild Poblano peppers stuffed with a savory filling.  A dish that is originated from Pueblo, Mexico, where the Chile is roasted or fried and then filled with some good, dipped in a batter of your own choice.  You can stuff the peppers with any variety of meat and vegetables but traditionally, Chiles Rellenos were stuffed with cheese and coat it in the egg batter or breaded and fried.

Poblano peppers are quite large and a heart shaped, the skins are very thick making them perfect for stuffing like Rellenos. [See our Turkey Enchilada Stuffed Poblanos Rellenos and Mexican Stuffed Bell Peppers Recipe for more.] There are two different colors of poblano peppers, red and green.  Red is hotter than green.  Red give you a little more kick.  And green is mild.  You need to serve it immediately and topped with your favorite homemade sauce. 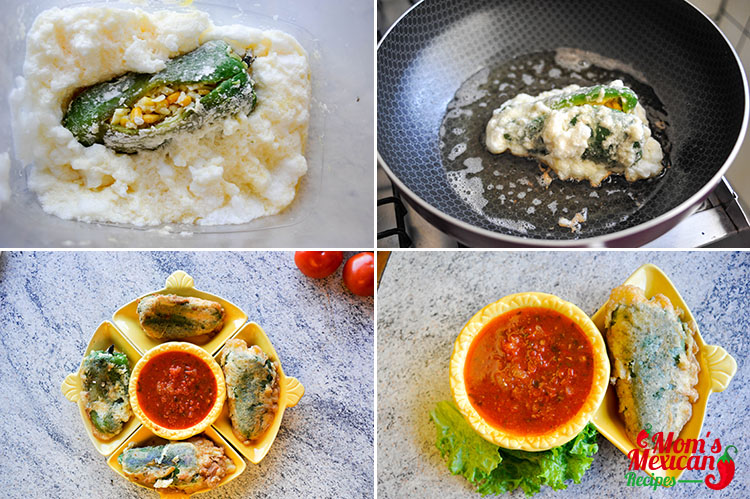 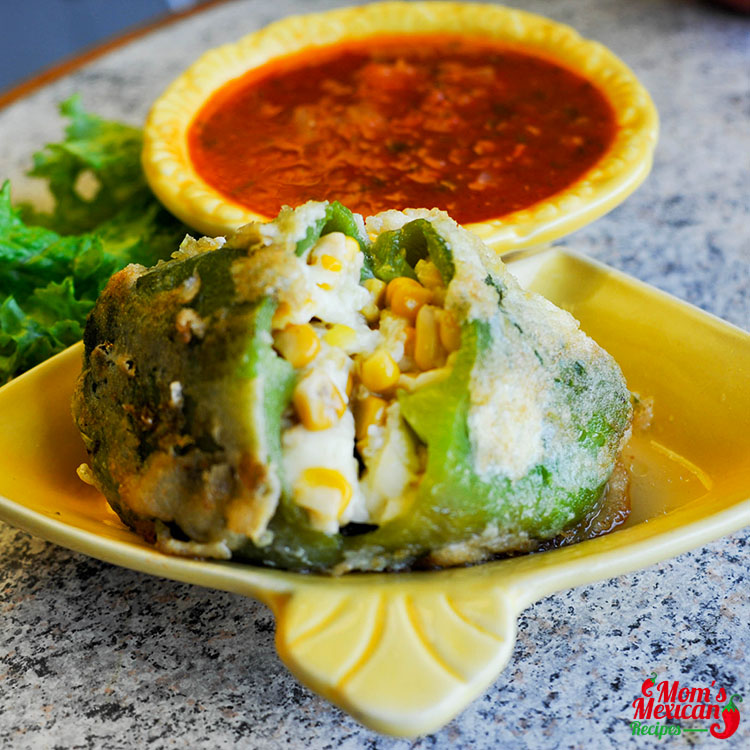 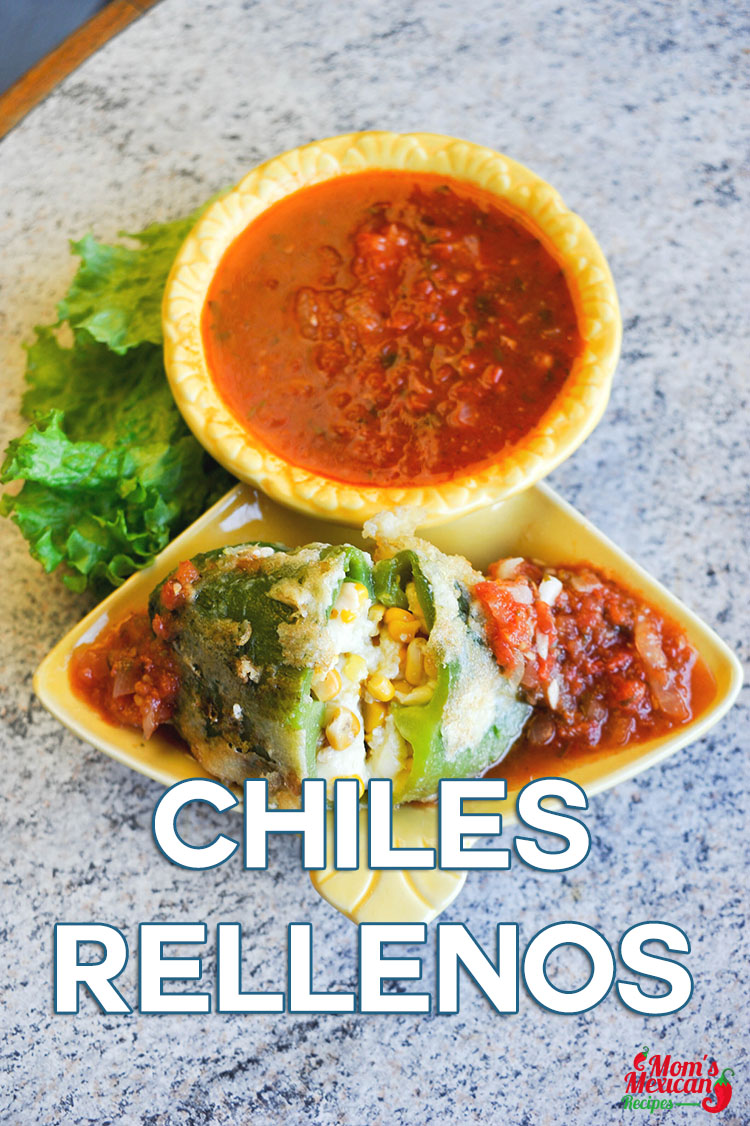