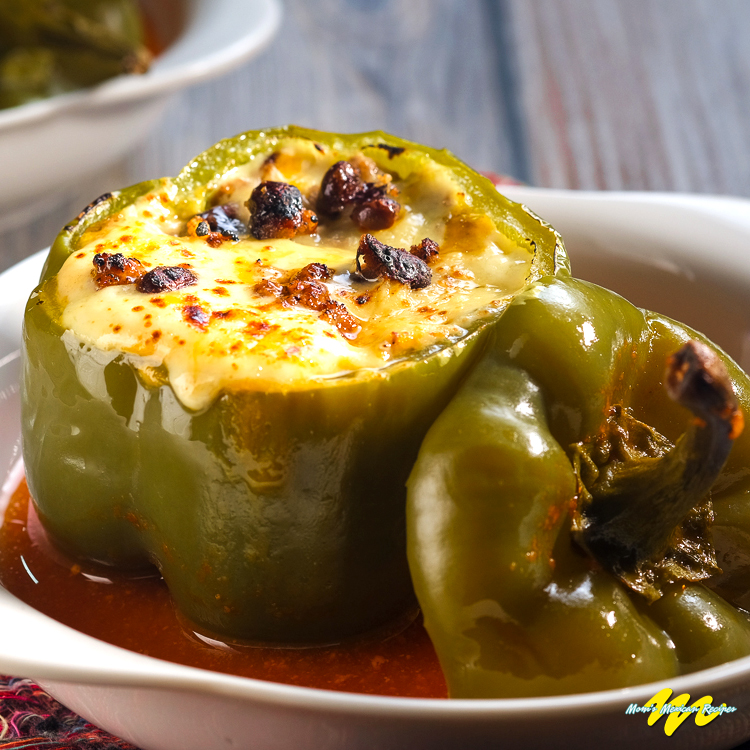 The Mexican Stuffed Bell Peppers Recipe or Pimientos Rellenos are part of traditional Spanish cuisine, especially that of the region of the Basque Country. Usually, Piquillo peppers are used. The fillings vary from Mango cheese to Chicken or COD in a red sauce; chicken likely being the most popular recipe.

Mexican Stuffed Bell Peppers Reicipe is a quick, easy and healthy weeknight meal! All you need to do is subbed turkey for the Beef, for less fat switched the green peppers with red peppers.

I found that a lot of people who don’t like green can enjoy the sweetness of a red. Also, the cooking time was much longer baked the peppers for at least 45 minutes and they were still a little too crunchy. So if you like your peppers on the softer side I would blanch them first. This is a great “starter” recipe because it is very customizable.

For the preparation of Mexican Stuffed Bell Peppers Recipe first step is;

(Note:  The instruction are the same and just summarize to make it easy for everyone to understand)